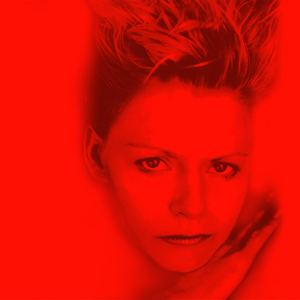 Beata Pater’s 6th solo CD, the 3rd in her color series, might best be remarked by her choice of covers: Freddie Hubbard’s Red Clay, Herbie Hancock’s Butterfly, and Marek Balata’s Bachnova (the remainder being hers or co-written with keyboardist Mark Little), turning them all into Brazilian versions of a stripe Ivan Conti and the Azymuth lads might well have penned, novo-latinate. Pater was extensively trained in Poland on violin, but was early-on recognized for vocal strengths and started her professional life—at age 8!—with the Warsaw opera. For her still young years, Pater’s been busy as a bee in recording sessions, commercials, movie sundtracking, and so on. From opera, though, she moved into her real love, jazz, and that’s where she resides now. Beata’s compared to Flora Purim and Tania Maria, apt enough models, but I detect quite a bit of fellow countrymen Urszula Dudziak and Urszula’s husband Michael Urbaniak as well, with some Czeslaw Nieman and Bjorn Jaysun Lindh tossed in for good measure. She indeed possesses a strong voice, much bolder than one expects in the melismatics displayed throughout the CD (there are no lyrics anywhere save for a very curious odd short spoken appearance by Doug Edwards) as well as quite a penchant for writing and arranging…aaaaand choosing very good session musicians. One herself, she knows the best when she hears them. Think of Red as a kind of mid-ground between Shakatak and Sade instrumentally, with both bands grooving on samba, bossa, etc. Gil, Bonfa, Pascoal, and the giants of those genres would or will be (sorry, I don’t know who among them is alive or not, not being an obituarian) quite impressed, and I’m telling you to pay special attention to bassist Aaron Germain and what he does with those four fat strings. Holy cow! Pater puts together some spunky, perky, florid, sassy, rambunctious songs that transport the listener from the sardined hustle and bustle of NYC to the expansive sunlit beaches of Rio de Janeiro—and, hoo boy!, can we ever use that kind of escape in these times. And as I like to pay attention to the little-known but oft intriguing elements in these affairs, let me also mention that the whole gig was recorded and mixed by Bond Bergland of The Saqqara Dogs, writer of one of my all-time fave songs, Found Wonder off his really obscure solo LP. Stick in the crit biz long enuff, and you’ll see everyone you ever knew, or knew about, pass through several times. I think M.C. Escher coulda made a tesseract of it, but it would’ve been wrought of palm trees and cocktails with umbrellas in them after listening to Red.