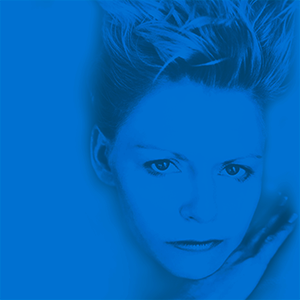 An editor once advised against using a musical frame of reference since that would be assuming everyone would be familiar with the comparison that was intended.

To refer to Beata Pater as the Polish Bobby McFerrin would be unfair and a gross exaggeration. What would be accurate would be to say that Pater is one of the most intriguing and exciting of vocal talents to emerge since…Bobby McFerrin.

This classically trained violinist takes vocal “free jazz” into uncharted territory by utilizing a skill set in the same musical vein of a Sarah Vaughn or Betty Carter while displaying a full spectrum of original sounds. A release of great depth and texture but with a vitality that makes Pater the furthest thing from a one trick pony. Unlike McFerrin, lyrics are out the window and replaced by a “catch and release” of vocal inflection, pitch and tone. The 11 original compositions which are bookended by the iconic classics “Afro Blue” and “Blue in Green” are fresh, highly inventive and captivating in Pater’s masterful control of tonality.

While the mesmerizing vocal skills of Pater are in full effect the instrumental moods invoked run the sonic spectrum from Brazilian to Native American in both authenticity and presentation. “Southbound Train” pays homage to Pater’s native Poland’s most famous contemporary composer, Krzysztof Komeda which reinforces the music’s Eastern European feel. Blue is the musical equivalent of Louisiana gumbo, there is a little something here for everyone.

While respecting tradition there is an overwhelming contemporary sound that borders on the edge of world music without the self indulgent spirit similar artists display. Musical boundaries are pushed back and then fused with other genres for refreshing originality.

“Beata Pater gets 4.5 Stars. The future of vocal jazz is in good hands!”