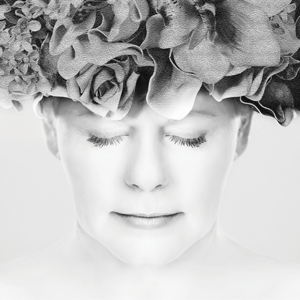 An earlier album by Beata Pater, Golden Lady (BB 0419), reviewed here, featured her singing a pleasing selection of well-known yet underused songs with just piano and bass accompaniment. On this new release, she sings a collection of wordless songs, all of them originals by Alex Danson, and for these she is joined by a seven-piece band. Rhythmically varied, the music touches on eastern Europe, the Middle East and north Africa, all cloaked in American concepts, including contemporary R&B and jazz/funk. Beata’s vocal sound, soft and intimate, draws the listener in and despite the absence of words succeeds in creating a warmly intimate and lyrical air. The nature of the songs heard here showcases Beata’s musical skill, honed though training as a violinist at Warsaw’s Music Academy, and also as a session singer in Japan. The singer’s accompanists here are saxophonists Sam Newsome, Anton Schwartz, Aaron Lington, keyboard player Scott Collard, bassist Aaron Germain, drummer Alan Hall, and percussionist Brian Rice. Adding immeasurably to the texture of these performances, use is made by Beata of multi-tracking, thus creating a highly effective vocal chorale. The absence of lyrics enhances the Beata’s role as a fully integrated member of the ensemble, her voice being used instrumentally. An attractive album that presents yet another aspect of this multi-faceted artist’s work.