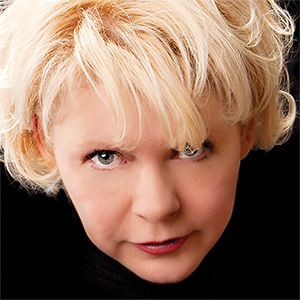 Called Tet because there are 9 tunes on the album, ‘tet’ is the 9th letter of the Hebrew alphabet and the symbol for number 9. The singer explains that ‘tet’ is also symbolic of creativity, a womb for creation. It’s Ms Pater’s ninth album on which she attempts to push her creativity further than ever with a selection of jazz standards and tunes by contemporary composers accompanied by an 18 piece ensemble (a doubletet?) without drums, in order to give a looser feel. Pater has an interesting wide-ranging voice, which sounded quite sweet on the first track, a catchy Latin rhythmic Little Sunflower (pleasing alto flute and bass clarinet with the strings, and the bass keeping the rhythm); on later tracks, the voice was much more of a strong alto. Other standards included, (as above) are a slow, atmospheric Crystal Silence, with the strings prominent; Old Devil Moon (a lively Latin version, repeated riff from the strings, and gentle scat singing.) The contemporary songs were all new to me, I Feel You (Bill Cantos); The Contessa, Strays, Ode To Max, all written by Alan ‘Chip’ White. That last song is a tribute to Max Roach. There are skilled piano solos on most tracks, for instance, I Feel You has a piano and bass opening, and is a rich, deep-voiced love song. Beata Pater is Polish and widely travelled, having lived in England and Japan, toured in the USA and now lives in San Francisco – her musical vision influenced by her travels. Experienced in many other kinds of singing such as pop and TV commercials, Pater is also a classically trained violinist with a jazz sensibility, which is obvious from this pleasing CD.

“her concept is fresh and Pater’s vocal intonation is stellar”

“presents yet another aspect of this multi-faceted artist’s work”

April 24, 2020
the code below was here before I got typed this test sentence
Close Menu